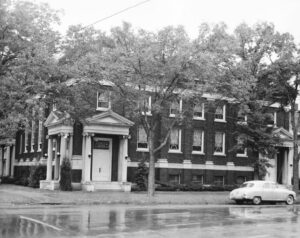 When Carl and Charlotte Olson brought their infant son Samuel to the baptismal font at First Lutheran Church in downtown Lincoln, Nebraska, on September 6, 1936, they promised to nurture their son in the same faith that anchored their lives. The family was at home in this church, then housed in its second structure, located at 17th and A streets. It was the year that Franklin Roosevelt was elected to a second term; Jesse Owens dominated the Summer Olympics in Berlin, infuriating Adolf Hitler; and Edward VIII of England gave up his throne for the woman he loved.

Today Sam Olson is First Lutheran’s member of longest standing, a distinction he’s held for about two decades. On September 6, 2021, he reached another milestone  – the 85th anniversary of his baptism. 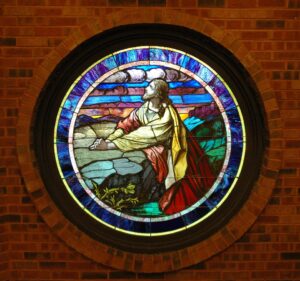 Sam has been part of First Lutheran Church his entire life. Throughout his childhood, the congregation founded by 19th century Swedish immigrants was affiliated with the Augustana Lutheran Synod. Swedish was spoken at some services. In the mid-1930s, Sam’s grandfather, Charles, a Swedish immigrant, donated a striking stained-glass window to the young church. The window, depicting Jesus at prayer in the Garden of Gethsemane, is the focal point inside the front entrance of the congregation’s current location four miles east of the sanctuary where Sam was baptized.

“First Lutheran was the place where we always went on Sundays,” Sam said. His earliest memory is of sitting in church with his grandfather, who always had lemon drops in his pocket. “He was very charitable with his lemon drops,” Sam said.

The family was deeply involved in the congregation. In addition to the Gethsemane window, church records show that Charles and his wife donated two seven-arm candelabras in 1941 and the baptismal font in 1945. Charles may have influenced the church’s transition from Swedish to English. “He said if you’re going to be in the United States, you’ve got to speak English,” Sam said. Sam’s father, Carl, served as Sunday School superintendent.

“I remember we always had the best music performances around. We had beautiful singers, and that’s something we always looked forward to – the music that was played. Christmas Eve services were a special treat,” he said, “with candles lit up and down the aisles.”

Another fond memory is of the “terrific feeds” in the church basement, real Swedish smorgasbords with congregants bringing in their favorite Swedish dishes. “I always looked forward to that,” he said.

Sam also recalled confirmation class, when six boys (there were no girls in the class) trooped upstairs on Saturday mornings to receive instruction, culminating in a special ceremony in front of the church. “It was a lot of memorization,” he recalls, “some of which I still remember. We memorized a lot of the liturgy.” 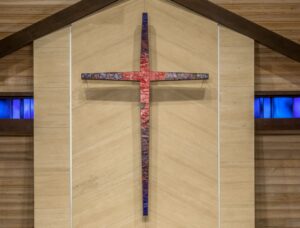 Charlotte Olson helped create the ceramic design of the cross that still hangs above our altar today.

When the congregation decided to move to the growing edge of Lincoln in the 1960s, Olson Construction, the firm founded by Charles, built the first phase of the current building at 1551 South  70th Street.  His mother, Charlotte, helped create the ceramic design on the cross that hangs above the altar today. Adco Constructors, a company in which Sam had an interest, built the second phase of the structure.

Among the most notable changes Sam observed in recent decades were the growth in church membership, the addition of services at 8:15 a.m. on Sunday and 5:30 p.m. on Saturday, and the expansion of committees and other opportunities to serve.

He noted that he has seen many fine ministers come and go, but his favorite pastor was Fred Nelson, who served from 1993 to 2005. Sam was active in the church at the time and the two of them got along well. It was Pastor Nelson who first identified Sam as the church’s longest-standing member. Now, Sam is pleased with the most recent change at First Lutheran – a woman serving as the church’s lead pastor.

Sam is the last of his family to belong to First Lutheran, after other family members passed away, moved or married into another church. Family connections and treasured memories kept him engaged in the church all these years.

“It is in my heart,” he said. “I have enjoyed my relationship with First Lutheran Church. There are a lot of friends who have come and gone, a lot of people who were friends have moved on to other churches, but that was their choice. I elected to stay at First Lutheran, no matter what kind of changes there were. I am very happy with that choice.” 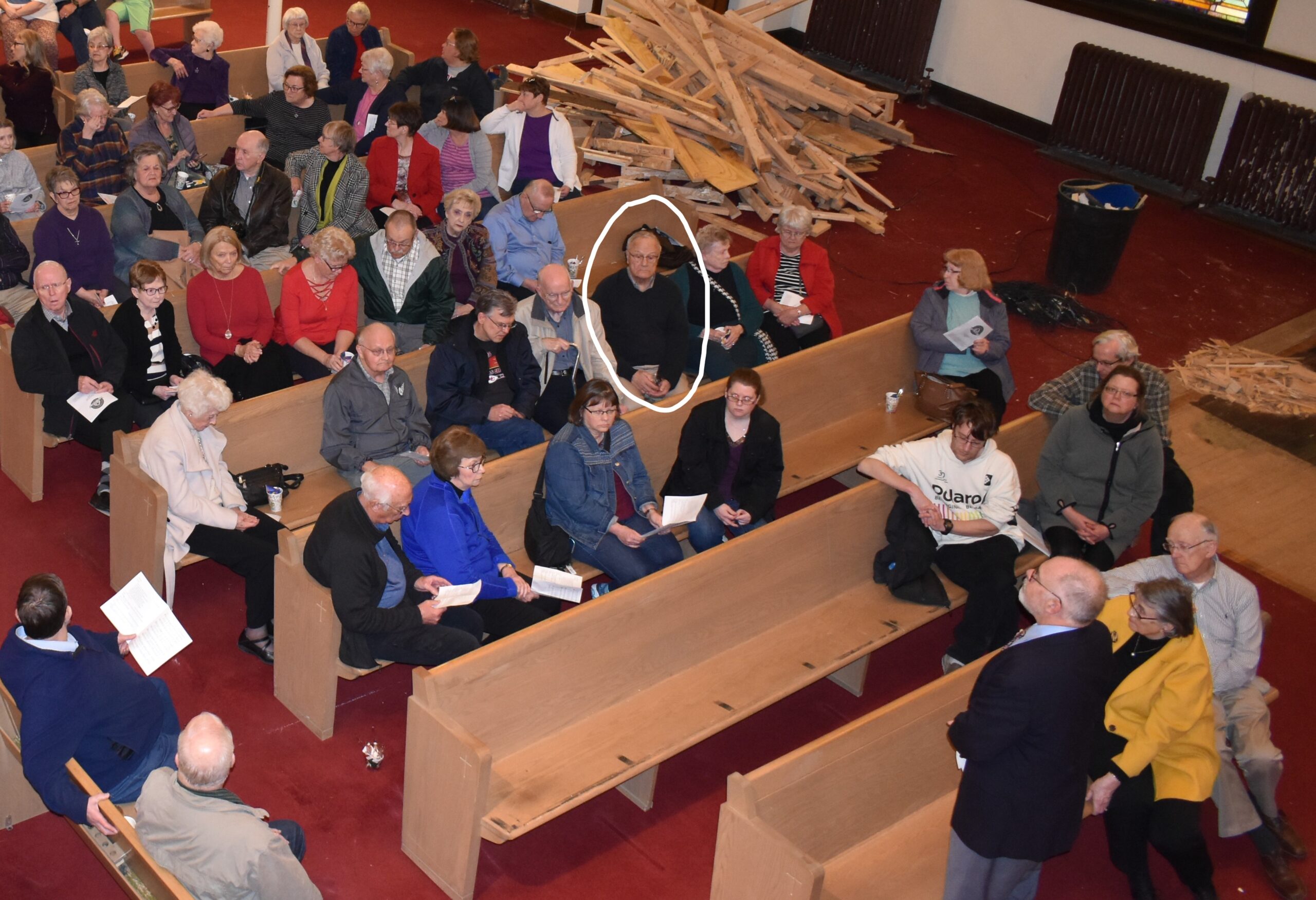 Sam Olson revisited the 17th & A location, where he was baptized, in February 2020, in celebration of First Lutheran’s 150th Anniversary.