The Man Who Lived by the River

By Michael ZimmermanJune 30, 2021Blog
No Comments 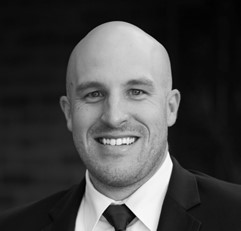 One of my favorite shows of all-time is the political drama ‘The West Wing’. Some of you may remember it and enjoy it, too. My father-in-law, Mitch Snyder, and I still like to talk about its storylines and characters.

There’s one scene in particular that I wanted to write about today because it has always stayed with me.

For some helpful context, President Josiah Bartlett (played by the actor Martin Sheen) is a devout Catholic and biblical scholar. He quotes many verses from memory throughout the series, and when he’s not in his suit and tie, he’s usually seen proudly wearing a Notre Dame sweatshirt.

In this memorable scene, President Bartlett is conversing with his beloved friend and priest from his childhood parish, Father Thomas Cavanaugh (played by Karl Malden), inside a dimly lit Oval Office at midnight. The President was in agony about a problem he couldn’t fix.

Father Cavanaugh asks Bartlett if he prayed about his problem, to which the President says he asked God for wisdom but is angry that it never came.

Father Cavanaugh leans toward the President, and says, “You know, you remind me of ‘the man who lived by the river’.” He then goes on to tell the following parable, which I’m copying directly from the script:

He heard a radio report that the river was gonna flood the town, and that residents should evacuate their homes.

But the man said, “I’m religious, I pray. God loves me, God will save me.”

The waters rose up.

A guy in a rowboat came and shouted: “Hey, you! The town is flooding! Let me take you to safety!”

The man shouted back, “I’m religious. I pray. God loves me. He’ll save me.”

A helicopter was hovering overhead and a guy with a megaphone shouted: “Hey, you! You down there! The town is flooding! I’ll take you to safety!”

The man shouted that he was religious, that he prayed…and that God would take him to safety.

Standing at the gates of St. Peter, he demanded an audience with God.

God said, “I sent you a radio report, a helicopter and a guy in a rowboat. What are you doing here?”

There’s two things from this scene and story that I can’t stop thinking about. One, like President Bartlett, sometimes we just need the reminder that God sent us his Son to rescue us and be our stronghold. When we don’t know the answer to something, or can’t understand why something happens to us, we should have peace knowing that Jesus is by our side and at the ready. He is the answer, if only we’re willing to pay attention.

Two, simply being a religious person doesn’t mean life will automatically be easy. Praying daily, reading your Bible and going to church every Sunday doesn’t disqualify you from distress. You just have to believe that he is actively working for you and is your way out, too.

Thank you to everyone who reached out about my last blog post. I am grateful the Lord empowered me to tell my pandemic testimony and that it resonated with some of you and your own experiences. I want to also make clear that I’m not a theological expert, but that I just like to share ways God works in my life. My email address is mike_zim31@me.com.